Tyler Ramsey (Band of Horses) is joining Carl Broemel (My Morning Jacket) for a 2019 Duo Tour – a run of intimate shows that will see the two guitarists together onstage accompanying each other on a mix of both their own material, as well as some special covers.

Ramsey’s solo effort ‘For the Morning’ comes together seamlessly as a cohesive work from a master songwriter and musician. “Breaking A Heart” joins the aforementioned “Dream of Home” as a standout, with sublime piano chords and beautiful guitar playing urged along by upbeat drum tracks, Ramsey’s pristine vocals left hanging in the air like mist. The lament of the former tune is one not uncommon in Ramsey’s work, and he notes that many of his favorite songs—his own or by others—are dotted with sadness. “I do gravitate toward sad music, and heartbreak is a part of the songs I write,” he says. “Writing a song is this huge emotional release and it can be very intense. There’s a lot of melancholy in what I do.”

“A lot of people see the touring life as glamorous, but there are plenty of times where it’s hard to keep up. It becomes difficult to miss your family that much, and you want to be around your newborn child rather than sitting in a room ten hours away while knowing you won’t be home for three more weeks.”

And so, following his exit from the band and free to follow his own music full-time, Ramsey took an album’s worth of demo songs to La La Land studios in Louisville, Kentucky, where he, studio engineer Kevin Ratterman, and Ramsey’s longtime friend Seth Kauffman, the crack session and touring musician (Jim James, Lana Del Rey, Ray LaMontagne) who fronts the North Carolina band Floating Action, set out to record. The trio fulfilled the majority of all sonic duties during this tracking phase, with Ramsey’s demos serving as blueprints as they pieced songs together during the first weeklong session. Ramsey, Ratterman, and Kauffman would return to the studio again for another shorter period to flesh out those recordings, and one final day in friend and former Band of Horses bandmate Bill Reynolds’s Nashville studio finished the job.

Years before Carl Broemel joined My Morning Jacket — the Grammy-nominated, globetrotting rock band featuring his guitar playing, saxophone solos, harmony singing, pedal steel riffs, and songwriting support — he wrote his very first songs in his Indiana bedroom. From the start, he was a multi-instrumentalist with a singer’s gift for melody. A sideman capable of handling a frontman’s job. As his guitar-playing career blossomed, Broemel continued writing songs of his own, carving out a personal, introspective sound that reached beyond My Morning Jacket’s sonic landscape. With his third solo album, Wished Out, he merges articulate, pensive songwriting — including ruminations about science, love, the passing of time, and the grind of the artistic struggle — with some of the most energetic, rock-inspired songs to date. 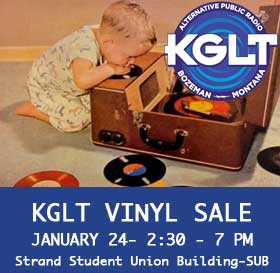