Through their relentless tour schedule and enthusiastic fan base, The Higgs have become one of the fastest growing, original jam bands in California today. Named after the elusive Higgs Boson particle which provides for “mass” of all things in the Universe and helps to unify the different forces; The Higgs blur musical boundaries and unify the different sounds of jam 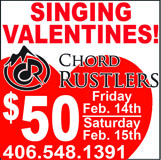