July 26th  Benny Bassett 6-8PM Free at Wild Joe*s Coffee Spot
Benny Bassett is an acoustic rocker from Albuquerque, New Mexico.   His music features songs that are “honest, engaging and well-crafted; each one sung with purpose and intent with Benny all the while pulling great hooks, leads and accompaniment from his acoustic guitar.” – Radio DJ Bobby Guy, of Kalamazoo 102.5.
Benny grew up in a musical family in Northern California, learning guitar and piano so he could jam with his stepdad and stepbrother in a sunroom in Chico, California.  After college, Benny joined up with friends in Chicago, Illinois to form Vintage Blue.  As lead guitarist of Vintage Blue, Benny played festival stages around the Midwest, including Taste of Chicago, and Summerfest in Milwaukee.  Vintage Blue found commercial success in 2014 with the release of “No Going Back” which charted on AAA radio, and ended up earning the band a place on The Rock Boat, hosted by Sister Hazel.  In 2015, the band split, and Benny struck out on his own as a solo artist.  The past three years have seen Benny play over 400 shows across North America, in 44 states, 4 Canadian provinces, Mexico, and the Dominican Republic.
The future looks intensely bright, with Benny’s second EP set to release in March 2019.  Produced by the team at Alpine Red Studios in Gainesville, VA, the songs are radio ready, and sure to be a hit amongst Benny fans.  Keep up with the progress on the new record on his Facebook page
http://www.bennybassett.com
+ Google Calendar+ iCal Export 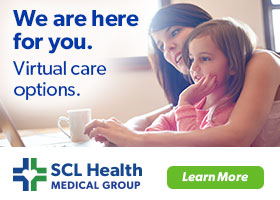